I just found a very interesting video from Russia Today about Sasha (Alexander) Ryzhikov. He is 15 years old very talented pianist and composer. He is blind and he will represente Russia in Los Angeles in January 2010 at the international festival of young musicians “The Crystal Magnolia” (The festival will start tomorrow).

I personally was very impressed by this video and the music what he played and spent several hours trying to find more information and more videos about Sasha Ryzhikov.

I did not find any another videos (hope there will be plenty videos from Los Angeles)… But Google helped me to translate for you a very interesting article about Sasha Ryzhikov:

– I noticed Sasha, even when he was in first grade. Said the director, that the boy is very talented musically, with him to do, – says Lyudmila Tyukalova, a music teacher. – He began taking extra lessons, but before you start to engage with him I had five or six teachers: all fled from him after the first class. Sasha all the standard programs were not interested. He repeated and reproduced all that he had heard, and the voice of what is happening in his head. For example, playing with someone’s work, could easily say: “But at this point it would be nice to add a flute, violin here, here trombone. In his possession was a whole orchestra …

Sasha first touch the keys of the piano in three years. A relative showed the boy a couple of notes, and soon he easily reproduce the melodies of the cartoons, screen savers and television advertising. Last year he composed his first works.

– Once, listening to jazz and decided that I get to create something similar. Written and made a surprise his teacher. At first she was surprised. He says: “How are you so unable to do something?” And I say: “In the course of thought.”

– Yes, that was, – confirms Lyudmila Tyukalova. – He then asked me how to compose original works for the competition. I was surprised: “How many do you have?” He said that ten … At first I was very afraid that his songs would be plagiarism. But listen, checked – no. Since then, he wrote music in different musical directions. And it works from a professional point of view, written in a fairly high level.
Do not know how to write poetry

… From the stage of children’s voices are heard – the guys from the studio of “Fa-Sol rehearsing before the upcoming concert.

– Oh Our sing – Sasha immediately begins to sing softly. – I want so much to them on stage! Another wants to adjust to their third singing voice – for perfect harmony. They are very well sung, but I still can not. That voice is formed – then again, it will be possible. And yet, alas …

In the future I dream to get acquainted with world celebrities. For example, I would really like to sing along with Bill Kaulitz, lead singer of Tokio Hotel. Bill is very beautiful, bright voice. In general, I believe that music in most cases sounds better in combination with a human voice, so happy to be writing songs. But I also do not receive poems.
Wind Songs

Sasha’s parents, along with younger sister live in the Gorno-Altaisk. These he comes mostly for the holidays. However, most of the time the boy spends in Bijskij correctional boarding school for the visually impaired and blind children. He is a very good student, without any difficulty remembering the longest poems and lyrics. And recently, on its own initiative Sasha started taking lessons of German in addition to English. Their attraction, he explained simply: in foreign languages are completely different sounds. This is for him very valuable.

– Sasha easily picks up musical screen saver from the movie – says Lyudmila Tyukalova. – In the evenings, the school organizes these concerts: surrounded by guys, he sits down at the piano, played them, they sing. He – a living tape recorder.

In the latter I was fortunate to see. Sasha suddenly said that he likes to listen to the wind.

“Here, please, listen,” – he said, and focusing a little opened up his lips. At first, barely audible, and then in all its vividness and fullness in the dressing room, where we talked, played out February blizzard! She was present, and to believe in it, it was enough to close my eyes …
Help

XI International Festival “The Crystal Magnolia” will be held in Los Angeles, from 8 to 14 January. Alexander will perform in two categories: “Performing skills” and “Author’s program.

P.S. Musician thanks to Vera Nikolenko, head of the studio “Fa-Sol”, for their help in organizing trips to the festival.
(altapress.ru).

Published on Russian Video from Russia.
The head of Russian Orthodox Church, Patriarch Kirill, held a Christmas speech to the flock after the end of the celebratory service in Russia’s main Cathedral, Christ the Savior in Moscow.

Next: let’s watch a video about some Russian traditions of celebrating Orthodox Christmas in Russia. 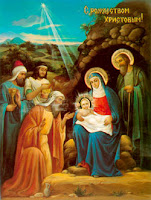 Every New Year Ave a few minutes before New Year we all are listening an Annual Presidential New Year address (that is just Russian tradition) and then Clock on Spasskaya Tower in Kremlin starts bit the last seconds of the year we all are toasting New Year and tell Happy New Year.