It is any Russian’s best friend. No, not a person… but in the past that’s how the Russians treated their samovar. It had a place of honor at the table… and in many homes it still does.

“Tea from a samovar tastes much better than tea from an electric kettle,” said samovar enthusiast Konstantin Ziskin, “It smells of smoke, fresh wood and pine cones!”

Literally a self-boiler, a samovar has traditionally been used to heat water for tea… And that’s how it’s done the old way… Water from the well… wood chips… and a lot of huffing and puffing make up the recipe for a perfect tea time. 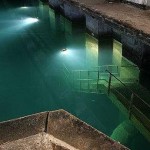 I love them! Do you? 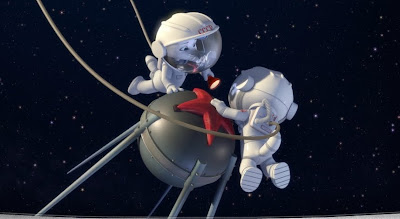 50 years ago the 19the of August 1960 – two dogs in Russia made a successful trip to the orbit of Earth. The dogs Belka and Strelka spent 25 hours in the space and made 17 complete revolutions around the Earth.

They were not first dogs in the space but they were first who came back alive.

«Star Dogs Belka and Strelka» is a 2010 Russian computer-animated film. The film is based on early space exploration history episode and honors first Earth-born animals who survived outer space trip.

Today we are watching a trailer of this cartoon in English.

You can watch «Star Dogs Belka and Strelka» full movie in Russian here. 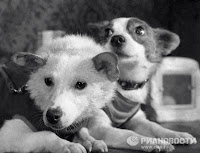 At 3.44 pm on August 19, 1960, a spaceship carrying two dogs, Belka and Strelka, was launched from the Baikonur space center. Scientists planned to study the impact of cosmic radiation on living beings and check the efficiency of life support systems such as the food and water supply.

The dogs spent over 25 hours in space while the spaceship made 17 complete revolutions around the Earth.

The spacecraft with animals on board made a successful landing in the designated area on August 20, 1960. The experiment provided groundbreaking data about the effects of spaceflight on living beings’ physiological, genetic and cytological systems.

For our readers who wants to know more about Belka and Strelka’s flight Kyle wrote a great article and added another very interesting documentary there: 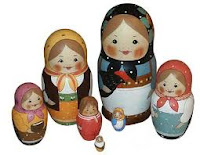 When someone is going to visit Russia all their friends ask them to bring Russian doll Matreshka as a gift. We send Matreshkas to some of our friends abroad also because we think that Matreshkas are very neat. Just watch this beautiful musical video about Matreshkas and I am sure you will admit they are cute!

And maybe now you would like to watch a little documentary about matreshka to find out how they make matreshka-dolls and from where matreshkas came to Russia… In Russia we have matreska-doll for only last 100 years!

I did not know all the facts so I hope this video will be interesting for you too:

Kyle just published a great article: Run – The Hurricane is Coming to Moscow… Where he tell what does he think about our windstorms what our media calls hurricanes.

Yes, I support my American husband but I want to show the video from Russia Today to our readers this video shows all troubles what Russia already got through… and who knows what will be next. 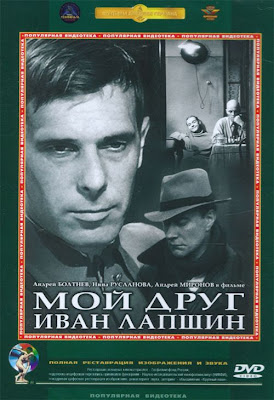 Today I want us to enjoy a beautiful video about village life in Russia. Find 7 minutes to watch the sideshow of old and new pictures about life in the villages all over the Soviet Union.