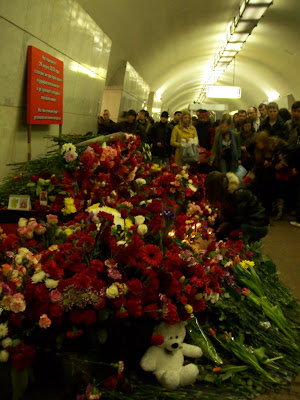 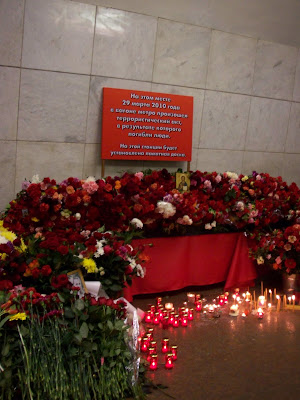 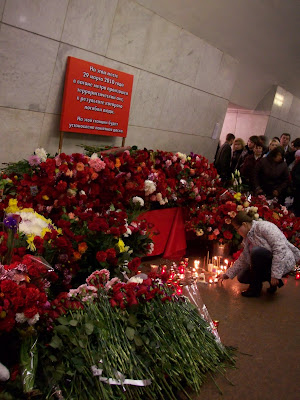 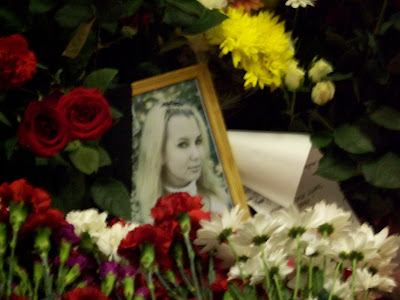 Today we have photos taken by Svet and a video from Russia Today: Today is a day of mourning in Russia!

Svetlana travels this Metro almost everyday of her life and today she captured on film a Moscow in mourning.
One of the little known facts about this Metro bombing was that most of the victims are young adults suffering from massive internal injuries. That is because this was also known as the University line. (At least that is what I call it.) Students are traveling to the Moscow University to attend classes…
The massive internal injuries where caused in part by the fact that the explosives were designed on purpose to have excess shrapnel in them. The plastic explosive was embedded with nails, nuts, bolts and other small metal objects. Then when the explosion goes off it sends hundreds of projectiles in all directions to maximize injuries and death…
The dead and injured include students from around the world also. That information will be brought out later in time.
Exclusive footage taken right after the explosion at Park Kultury Metro station.
Russian Video From Russia!
Svetlana
Published on Russian Video from Russia.