This video is so Russian that I had to post it! The Russians love their banya and you will find that they build private ones in the dacha’s and villages. But as any large city in Russia, Moscow has many fabulous banya and they are worth looking at if you visit Russia…

The Votians live in the North-West of Russia, where the River Luga flows into the Gulf of Finland. Fishing has always been the main source of income for the Votians, smoked fish is their favorite national dish. Their language, Votic or Votian, closely related to Estonian, is spoken only in Krakolye and Luzhitsy, two villages in the Kingisepp district, and there are only 62 speakers left. Every summer, the Votians celebrate the Luzhitsy bounty, the festival of the Votian people. The girls go into the woods with beautiful pine baskets to collect medicinal leaves for tea while the children make a Votian goblin out of straw for the festival.

A group of crooning village pensioners has got Russians singing along and is set to have a shot at greater stardom at this year’s Eurovision Song Contest.

­“Any granny has to be able to sing, dance, smile and have fun,” Galina Koneva, a singer from Buranovskie Babushki, told RT. “We’re no stars, we’re just ordinary grannies.”

“Buranovskie Babushki”, or “Buranovo Grannies”, have put their village in the Central Russian Republic of Udmurtia on the map, winning hearts with tunes in their native Udmurt language and English.

The newly-minted celebrities, whose combined age is over 600 years old, sport traditional costumes and birch bark shoes. That is exactly what their fans like, claiming this unmistakably ethnic feel represents the real Russia. Indeed, in this country, folk songs and dances, with their colourful costumes, fiery moves and heartfelt lyrics, have never fallen out of fashion.

“These songs come from our ancestors. They’ve always been a huge part of village life, of our roots,” Zhanna Rusakova, artistic director of Slavyane Folk Band, told RT. “That’s how people expressed themselves. It’s all about our traditions that represent something for every generation. Russia is not Russia without its folk songs.”

In Soviet times, folk tunes were even specially promoted as “the people’s music” and received important state support, with the aim of rivaling Western pop culture.

Today, scores of performers have made folk songs and dances their speciality, like the Moscow-based band “Slavyane”, or the “Slavic Singers”. Another award-winning song-and-dance company revives and promotes the traditional culture of the Cossacks of southern European Russia.

“The Cossacks have songs for both wartime and peace, songs about battles and about festivities,” Andrey Tolstyakov, artistic director of the “Volnaya Stanitsa Cossack Ensemble”, told RT. “It’s important to get the details right. We’ve got the uniforms that were standard in 1914 – the blouses, the boots and special hats called papakha. A Cossack always kept all his documents in it, so if he ever lost it, it was only together with his head.”

After a string of young Russian pop stars, it is now time for more mature folk to aim for Eurovision glory. The singing grannies from Buranovo get their shot at the big time in late May in Azerbaijan.

I love this little instrument and it has a powerful history for an instrument. It is not just small in size though and there are some versions that are plain huge…

Tidbit of information: It is said that the Balalaika embodies the Russian people’s character, with its ability to switch from happiness to sadness with ease. Originally it was a folk and peasant instrument. It was common for the peasant ballads, composed for the Balalaika, to irreverently poked fun at the authority of the times. For this reason there were times when the Balalaika was banned by both the Orthodox Church and the State. The instrument enjoyed its greatest folk popularity in the early 18th century…

The electric train in Russia is a revered item. It is the way that people transverse the largest country in the world…

In Russia the electric locomotive is a mainstay of life. It is extremely important to the flow of humanity. The wide variety of locomotives makes every train a new experience. You can be hundreds of kilometers from Moscow and still be traveling by an electric train…

Watch the movie and enjoy the music. I think that locomotives are beautiful and under that beauty is lots and lots of power… 🙂

The modern Kuban Cossack Chorus sets the date of its creation as 14 October 1811, when its predecessor, the Black Sea Host Singing Chorus (Черноморский Войсковый певческий хор), was formed. The founders of this choir were Kirill Rossinsky and regent Grigory Grechinsky. Over the next hundred years in addition to singing the Russian Orthodox Liturgy in Slavonic, the choir regularly gave public concerts throughout the Krasnodar Krai. These concerts would include classical works as well as folk songs in addition to sacred works…

This is a great video. This choir dates back many years and they have a huge show that they perform. This is just one song out of many. The choir ranges from children to men and women. Great music… 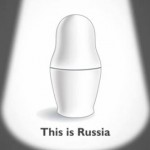 This is a great video that really explains Russia as it really is. Russia is a land of complex contrasts that will never cease to amaze you if you give it half a chance. Watch “This Is Russia” You will laugh and then you will think…

It is a animation video for a Russian lighting company called Tochka Opory, showing what Russia really is for foreign businessmen…

Made by Mikhail who grew up in Oryol, Russia. Being a school child, he was attending a theatrical studio at the local House of Pioneers (a USSR name for Technical and Fine Arts Club for children), writing plays and staging performances. By that time he shot his first short-length works with 8- and 16- mm cameras. (Read More)

What can I say but watch it… 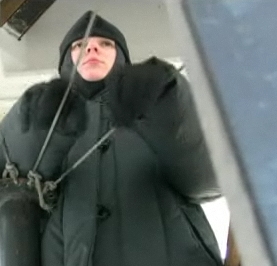 In the Russian Orthodox Church, bell towers are considered a second altar. Safroniya says that not everyone is given permission to come up a bell tower. This is a deeply spiritual experience.

In the sub-zero temperatures, the nuns begin ringing the 800 kg bell with evident care and pride. The wind rushes through the stone tower. The sound is breathtaking.